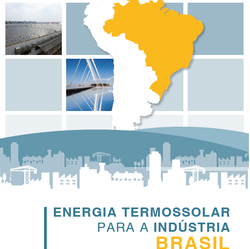 Tens of thousands of companies in Brazil’s industry could be interested in using solar heat. Businesses which require large amounts of thermal energy below 400 °C can be found in several sectors, from beverage, chemical and food production to leather and textile making – the right kind of clientele for solar thermal suppliers.

These are two of the key findings from the Solar Heat for Industry: Brazil study in Portuguese, which was published in August 2018 as part of the Solar Payback project. It will be presented during the Solar Payback Conference, a half-day event scheduled to take place on 30 August at the Intersolar South America in Sao Paulo.

The authors of the study analysed data collected in Balanço Energético Nacional describing industrial energy flows and sources across the country (see also the pie chart below):

Further infos on www.solar-payback.com.
You can download the key charts of the described report online.